What Jeremiah can teach us about the stresses of Modern Life

In the first half of the 6th century BCE a bunch of Judean officials let their anxiety get the better of them. Stressed out and overworked they betrayed their best hope for salvation, the Prophet Jeremiah, and left him for dead at the bottom of a pit. All to often the stresses of modern life put us in the same situation. Either we, like the officials, are stressed out and over worked and we eventually snap at those close to us, or we, like Jeremiah, find ourselves knee deep in excrement suffering at the hands of those we would hope to help.

Winter wasn’t the best time for warfare in ancient Israel. People and chariots got bogged down in the mud of the winter rains making the deployment of troops difficult. Those same winter rains also fed the water systems of besieged towns making it more difficult to choke out the willing resistance of a town’s defenders.

By summertime, the conditions for warfare improved. The heat of summer desiccated the land and cisterns were left with little more than the mud and street filth that had washed into them the previous winter. When the cisterns were this low, “Drinkable” water was skimmed from the top of a cesspool of mud, street garbage, and human and animal waste. It was at the bottom of one of these “water sources” that the prophet Jeremiah found himself at the end of a siege in the summer of roughly 588 BCE.

From ca. 597 to 588 The Judean King Zedekiah ruled as a puppet king under the close watch of the Babylonians. In 588, Nebuchadnezzar, having destroyed much of the Judean hinterland, again besieged Jerusalem itself but his plans were cut short. The troops of an upstart Pharaoh in Egypt (likely Hophra of Jeremiah 44:30) required Nebuchadnezzar’s immediate attention, forcing Nebuchadnezzar to end the siege of Jerusalem. For Jerusalem the pressure was released.

Suddenly, Zedekiah found that he was in charge without big brother always looking over his shoulder. Unfortunately, “Puppet kings,” by definition, don’t make good leaders. They’re not supposed to. So, lacking strong leadership the Judean court began to devour itself. Jeremiah, as one of the more outspoken voices proclaiming that the destruction of Jerusalem was inevitable and that Judeans should surrender to Babylon in order to submit to God’s will, found himself attacked.

The Judean officials claimed that Jeremiah was “weakening the hands of the soldiers and the people … seeking their harm” rather than their welfare (Jeremiah. 37:4). Nothing could have been further from the truth, yet the weak Zedekiah relented and allowed the Judean officials to throw Jeremiah in the bottom of a cistern.

The water levels of the cistern described in Jeremiah 38:6 indicate that it was late summer by the time Jeremiah was lowered into the mire. The officials, unable to kill Jeremiah outright, likely hoped he would either starve to death, or more likely contract a fatal disease from the excrement in which he found himself.

We live in Jeremiah’s world too. Faced with the stresses of modern life we either find ourselves knee deep in excrement or we allow our anxieties to throw others into the mud.

In his classic discussion of the effects of anxiety on family systems, Edwin Friedman has argued that “nature abhors a vacuum in emotional systems ” (Generation to Generation: Family Process in Church and Synagogue). Ten years of relentless pressure, especially the kind the Babylonians could place on a city, leaves an imprint of stress and anxiety. In the absence of the Babylonians, the Judean officials continued to carry that emotional baggage around and they created an enemy out of Jeremiah, the very person that was most advocating for their restoration.

All too often we are like those Judean officials. We live our lives stressed out. Pressures of time and activities and keeping up with the Jones’ are constantly being applied to our families, our businesses and our churches. When we finally get a weekend off, or that project gets finished, the pressure is relieved yet our anxious state remains. Like post-traumatic stress we carry the previous day’s battle with us and fill the emotional vacuum with new enemies, even among friends and family.

I know I’ve snapped at my kids after a long day or been unjustifiably  annoyed that the house wasn’t the way I imagined it would be when I got home. Like the Judean officials I was attacking the best assets in my life – friends and family. I could have been enjoying a period of rest and playfulness, instead I turned it into another battle to be won.

Other times we find ourselves, like Jeremiah, suffering at the hand of an anxious system that refuses to abide an objective voice. The Judean officials could have easily passed Jeremiah off as a false prophet: A crackpot who didn’t know what he was talking about. Zedekiah could have stood up to his officials instead of continuing to meet with the imprisoned Jeremiah in secret. Neither party were  willing to step up to the plate and heed Jeremiah’s proclamation of the eventual destruction of Jerusalem at the hands of the Babylonians. They let their anxiety get the better of them and Jeremiah suffered for it.

You’ve probably experienced that too. You’ve stuck your neck out at work to advance a good idea only to have your head lopped off. You’ve been slighted, passed up, ignored or outright abused, even by those who would otherwise claim to love you. Or your own anxiety has thrown you into a pit. You’ve given up everything for your kids, or your husband or your Job, in the hope that if you give one hundred and ten percent things will improve. Yet you never find your way out of the stress and anxiety of everyday life. You’re stuck in the mire with no way out of the pit.

Whether we find ourselves throwing other people into cisterns or we are knee deep in excrement ourselves, we should draw inspiration from the leadership of Jeremiah. Indeed, we can avoid much of the stress and anxiety of modern life if we can conform our lives to four characteristics displayed during his ordeal.

1. Keep Calm and Carry on in the will of God

At the beginning of the siege, when everyone else was running around like chickens with their heads cut off, Jeremiah had the presence of mind to purchase some land from his cousin (Jeremiah 32:15). This is no small detail in the narrative. Even though Jeremiah knows that land will be ripped away by Babylon he determines to follow God’s command and fulfill his duty as the leverate redeemer of the land. Not only does this act prove that Jeremiah prioritizes God’s will in any situation but it also shows that Jeremiah remains hopeful that Zedekiah will heed his advice and the calamity of the Babylonian destruction can be avoided.  Even when imprisoned, Jeremiah’s primary concern is not the injustice of his imprisonment but that he may continue to air his “humble pleas” before the king (Jeremiah 37:20).

We too, need to maintain objectivity by drawing on the will of God for our life. We can avoid much of the anxiety of everyday life if we allow ourselves to be led by the will of God.

2. Trust in the steadfast love of God for you

In the midst of Jeremiah’s imprisonment, in the midst of a siege, knowing full well that Jerusalem is going to be laid waste, Jeremiah recalls the covenants that God made with Moses and David (Jeremiah 33). He draws on the psalms and proclaims that we must continue to “Give thanks to the Lord of Hosts/ For the Lord is Good, / His steadfast love endures forever!” (Jer. 33:11)

3. Seek the help of another leader

Jeremiah is rescued from the cistern by an Ethiopian official of Zedekiah named (appropriately) “Servant of the King.” What’s interesting is that Zedekiah seemingly has no problem with Jeremiah’s suffering until a foreigner, a Cushite, points out its injustice (Jeremiah 38:5,9).

Like Jeremiah, we need outsiders (mentors and other leaders) to speak truth into the situation of our suffering. Sometimes we are unable to rescue ourselves from the mire. We must lean into the leadership of others in our lives; Jesus most of all.

4. Allow the end of things to continually break into the present reality.

Even when the destruction of Jerusalem and its temple is at hand, Jeremiah allows the light of future restoration to press in and illuminate his darkest vision. He reminds us that God will “restore the fortunes of the land” (Jer. 33:11), that the promises will be fulfilled, that the righteous branch will one day execute true justice and righteousness (Jer. 33:14-15).

Facing anxiety and anxious systems isn’t likely to go away any time soon. Jeremiah faced it in the ancient world, and we will continue to face it in our modern context. Whether we find ourselves throwing people into pits or in a pit ourselves we can draw on the example of Jeremiah to remain calm, trust in God’s direction for our lives, seek the help of others, and allow the truth of our eventual restoration to define our present state of being. 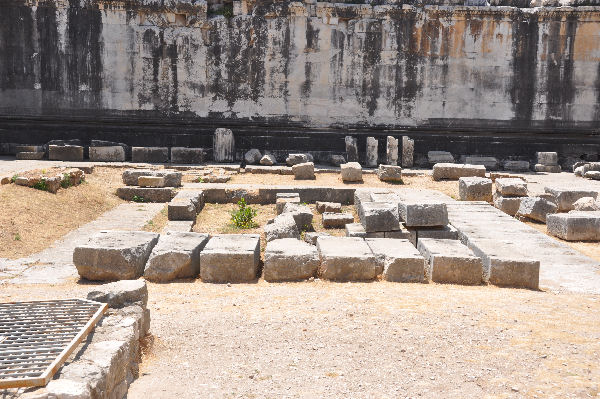 What to do when you don’t have lots, wet fleeces, or gut feelings about what to do next. The beginning of a year is a time for resolutions and goals. A time to make a plan and set out on a new path; a time to make decisions and stick to them in order to…

How does modern church missions teach us to read the bible with greater clarity? You’ve probably been on a “missions trip” before. Studies as early as 2009 were indicating that 35% of all American Young Adults (age 25 and under) had either participated in or planned to participate in a service trip in the next three years….